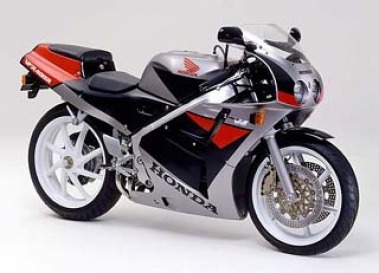 The Honda VFR400 series of motorcycles were a related series of 399 cc V4-engined motorcycles, which were essentially scaled-down versions of the larger VFR models of the day. They were mainly developed for, and sold in, the Japanese domestic market, in part due to the tougher motorcycle drivers' license restrictions in Japan at the time.

Outside of Japan, the VFR400R (NC30) was officially imported to the United Kingdom for four years, but with a price tag of £5899 (similar to that of the 1000 cc bikes of the time and actually more than Honda's own VFR750F), failed to sell well. This model was also officially imported (in very limited numbers) and sold in Austria, France and Germany for a few years.

Although mainly produced for the Japanese domestic market, VFR400s have been popular as grey imports in other markets (especially the United Kingdom, and also for racing purposes in the United States) in the "mini" superbike segment.

VFR400 engines produce a noticeable whine when the engine is running, due to the cams being driven by straight cut gears, rather than chains or belts. 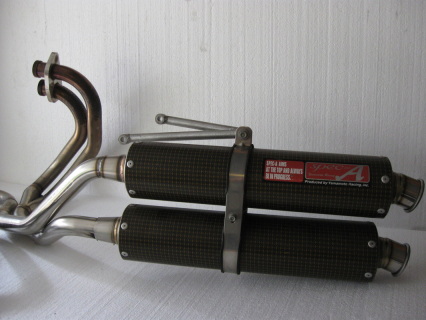 $1,200.00
Buy Now
Very rare dual can kevlar full racing exhaust for NC30 or NC35.
This a (Spec A racing) system no lopnger in production.
Was new $1800.00.   It is used, but in great condition.  No ding or dents. Comes complete with all hardware and brackets.Please view pictures.